We’ve just released version 1.6.1 of the Pivotal Tracker iOS app, which includes fixes for a number of text input problems.

Most importantly, it fixes Romaji input for Japanese users. While we don’t officially support non-English localizations, we try our best to allow Tracker to be used in any language. This release also fixes a similar bug that prevented auto-completion, spell-checking, and text shortcuts from working in text fields.

Dragging stories is also snappier in this release, because we’ve reduced the delay before beginning a drag. To recap, stories can be dragged to a new location by touching and holding a story for a short time with one finger. We include a momentary delay, otherwise stories would get moved while scrolling through story panels. Touching a story with two fingers will immediately begin dragging a story, which I find really convenient and useful on an iPad.

The new version can be downloaded from the App Store, and we welcome your feedback in the Pivotal Tracker community forum. 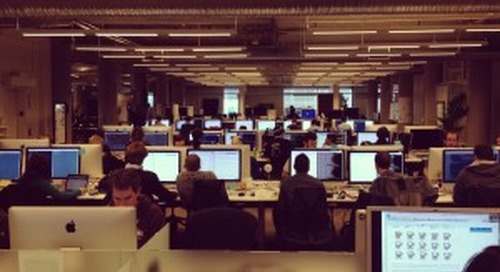 Cloud Foundry is Open and Pivotal

For those who have not heard, Cloud Foundry, the open platform-as-a-service project, is now part of the rec...

Helps New column shows up as the wrong type on Heroku We created a new migration that added a non-string co...