Pivotal’s Top 6 Predictions for the Developer in 2015 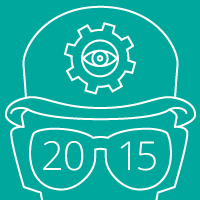 2015 will be a transformative year, with automation and data-driven analytics paving the way forward for real competitive advantage. Last year a significant amount of groundwork was laid to evolve developers into becoming the ‘one-stop’ shop to fluently translate business needs to the web. Productivity gains realized by tooling advances now allow developers to enmesh themselves further in strategic business decisions, and this year those liberated from legacy development models, including proprietary software purchasing models, will shine by proliferating new futuristic apps that tie mobile and the internet of things into a data-driven, learning experience that will create unparalleled user experiences and separate themselves from the competition.

With that in mind, let’s take a look at the key predictions for change we at Pivotal see for developers and architects this year:

Organizations are increasingly concerned with is customer churn, the desire to reduce the number of custome...

Down and Dirty with Rails on Cloud Foundry

Cloud Foundry is a great way to deploy your Rails apps, particularly when you want cloud-like deploys witho...