Traditional entertainment and media companies have seen consumers move quickly beyond cable and desktop, and they are continually evolving their internet-centric user experiences to better engage consumers and produce advertising revenue.

Similar to how other companies have transformed themselves into digital leaders, NBCUniversal sought to standardize their application platforms and development processes across their companies, their culture, and their tooling to smooth the way for a greater velocity of app iterations. As a result, developers deploy daily builds without infrastructure hurdles, perform A/B testing within apps, and ensure more time is spent developing new user experiences versus fixing production issues. To improve their ability to compete, NBCUniversal embarked on a Cloud-Native journey with Pivotal and made education and change management a core part of their digital transformation.

The Technical And Cultural Challenges

As a multi-billion dollar company with tens of thousands of employees, NBCUniversal’s digital operations include a significant number of independently operated media properties. Development teams typically live within these business groups and mostly operate with their own separate cultures and practices of application planning, design, development, and testing. Separate CIOs support each group, and shared IT infrastructure teams provide deployment and hosting services.

Each development team used some form of agile methods with regular sprints and 2-4 week iterations. However, there was significant friction between these developers and shared IT infrastructure teams. The culmination of each release had to pour into a waterfall model to be deployed in the shared hosting environment. This delay created tremendous lag time and frustration, making it impossible to do releases rapidly.

The Approach: A Cloud-Native Platform And Education

The infrastructure CTO and several business unit CIOs had previously seen an opportunity to provide standardized infrastructure and shared, open source application support. Looking forward, the business groups and CIOs were very interested in delivering end user functionality faster, having greater success with each deployment, and reducing risk. The CTO’s IT infrastructure teams wanted to support these needs with faster, simpler, and more automated application platforms but also deliver reliable scale and maintain a lower TCO through a shared enterprise-wide infrastructure.

Vaidy Kothandaraman, Director of Open Platform Technology, proposed the use of Cloud Foundry as a shared platform that would meet all of these needs. After an evaluation, Pivotal Cloud Foundry® (PCF) was chosen based on its additional capabilities, an integrated marketplace, and a best-in-class support team and ecosystem. However, the joint leadership teams also knew that the technology alone wouldn’t get them where they needed—there had to be a change in what developers believed and how work was done.

“This digital transformation is a critical step to help NBCUniversal better compete in the market. So, we made a strategic investment in training and change management to remove adoption barriers. It is one thing to try a new development technology, but it is another thing to lack the knowledge of how to use it effectively under tight timelines. To really shift our development culture, we also put in a program to internally evangelize our developers experience and results from using the platform,” said Kothandaraman.

Seeding The Organization For Change With Education

After choosing PCF in April, Pivotal helped implement the Cloud-Native platform, which was live by the end of September. In parallel, the Open Platform Technology team began presenting the new approaches and tooling to the CIO organizations and business groups. They found that the most vocalized, pressing needs were already backed with a strong desire for microservices support.

As the platform went live, a group of twelve lead developers was chosen from across the business groups and brought together for a 3-day, instructor-led training class delivered by Pivotal Academy. This onsite class covered underlying DevOps platform principles, architecture, and deployment processes with detailed, hands-on labs. After training, many developers were able to immediately start deploying code. Some tried using the platform before training and wished they participated in the training class first to help accelerate their learning curve. Since the training, no one has reached out to Kothandaraman’s team with issues.

After several early successes without critical challenges, Kothandaraman has continued to do roadshow demonstrations for more internal organizations. He invests time promoting the outcomes, identifying new projects to support, ensuring training is taken, and helping their internal development community evolve. Kothandaraman shared his experience to date, “With a seamless deployment, effective training, and extra support, we are more likely to get successful results. Then, it is much easier to motivate other groups to come on board.”

The Results To Date

Today, five different business teams are using PCF. Importantly, early developers experienced the value of training, felt that the instructor and materials were outstanding, and were able to start using PCF to automate builds and deployments without major hurdles. Like many other customers, NBCUniversal now has first hand experience with faster, agile iterations. They are using the platform for various language runtimes, messaging, and data stores. They have an ability to scale across the organization on a lower TCO trajectory. Most importantly, this Cloud-Native journey is putting them better position to compete for consumer attention. 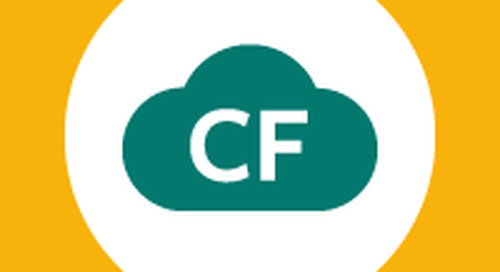 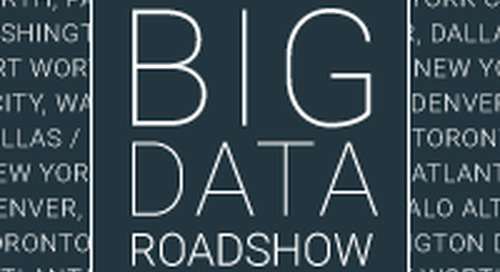 Pivotal Data Roadshow: A View From the Road

The response to the Pivotal Data Roadshow, held in a number of cities across North America this month, has ...