I’ve just returned home from Microsoft’s annual Build conference, which they held at Microsoft HQ in Redmond, WA. Before I attended the conference, I have to admit, I didn’t think Microsoft really “got it” when it came to mobile. I must also admit that I am a bit of an Apple fan boy, having switched to a Mac 5 years ago and have been rocking an iPhone since the introduction of the 3G. With the launch of Windows 8, it seemed to me that to Microsoft, tablets are simply smaller PCs, and that a mobile touch-friendly interface could easily be mashed into one experience for all. Some of the reviews for Windows 8 tended to confirm this, scathing Microsoft for lacking usable touch areas in some cases, and confusing desktop users with a redesigned home screen. I found, as the conference went on, my thoughts around Microsoft changed. (Disclosure: the free Surface tablet and Nokia 920 did help). Free-loader bias aside, Microsoft’s mobile strategy revolves around three key elements: Windows Phone 8, Windows 8 tablets and finally mobile services in the cloud.

Microsoft is continuing its attempt to capture its market share of smartphone. For users, Microsoft has focused on improving the responsiveness of the platform. For example, quick app resume is now available for apps launched directly from its tiles instead of when the app is launched through the task switcher. (I never even knew there was a task switcher!) Another responsiveness improvement example is that the same Facebook app now launches in less than 4 seconds, instead of 12 seconds or more on previous versions. These changes may seem minor but can mean all the difference to the smartphone user who wants to check information quickly.

From a developer standpoint, Microsoft has aligned its efforts by adopting Windows 8 as the core for Windows Phone. The prior versions used Windows CE and the CE .NET framework. This makes it easier for developers familiar with desktop Windows 8 to get started on the platform and greatly simplifies porting a Window Phone 8 app to a Window Store app (the new name for an app focused on Windows 8 tablet and desktop). There are still some API differences between Windows Phone 8 and Windows Store apps, but Microsoft will be narrowing these gaps in future releases. With Windows Phone 8 Microsoft has also greatly enhanced the APIs developers have access to by providing some background services, better access to the camera and other sensors, enriched tile and lock screen support, and more. These enhancements enable app developers to provide richer, more responsive apps than they have in the past, with less effort.

Microsoft has offered tablet PCs for a long-time. But with the Surface tablet, and Windows 8 in general, Microsoft has tried to provide a platform for developers to create touch-friendly, mobile apps. Microsoft generally calls these new apps “Windows Store apps” (which differ from Windows desktop apps that run on the Windows desktop, like previous versions of Windows offered). As previously mentioned, the APIs for developing Windows Store apps are generally the same as those for Windows Phone 8 apps, making it easier for the developer to target multiple platforms (smartphone, tablet and desktop). Overall, the Surface tablet is a nice piece of hardware. The integrated keyboard in the cover is handy for writing longer documents and e-mails. (I’m using it to write this blog right now).

Overall, it has a solid feel to it, although the one nit is the screen resolution is low once one is used to resolutions offered by devices like the latest iPads with Retina displays. The included touch-enhanced apps like mail and calendar generally work well in tablet mode. I can’t speak too much for using Windows 8 on a traditional desktop/laptop but the few times that I have I found the new user

experience confusing. The Office apps on the Surface tablet are useable, although some of the touch regions are a little crowded making it a little difficult to click on the correct button.

Its evident Microsoft has given thought to how people want to work on a tablet. They’ve put significant emphasis on integrating SkyDrive into apps like Word and Excel, ensuring that users have access to their documents whether on their desktop, tablet or smartphone. A SkyDrive API is now offered to allow other app developers to also integrate “cloud storage”. Generally, the Surface tablet seems like a good device for productivity work, while offering the convenience of a tablet. Currently the number of Window Store apps is limited, but with the rich APIs offered to developers, this will likely change in the near future.

Finally, the most interesting portion of Microsoft’s strategy was its introduction of Windows Azure Mobile Services. Windows Azure Mobile Services makes it trivial to create a mobile-friendly REST API for storing and accessing data in the cloud. Almost every application we develop at Xtreme Labs “talks” to the cloud in some form to retrieve and store information for the user. Network-enabled is central to almost all mobile apps as users obviously want to access information on-the-go. With Windows Azure Mobile Services, Microsoft allows the mobile app developer to create a cloud-based server for its app in minutes. The developer simply defines the tables they want persisted server-side; then creates the appropriate model classes in the client app. The client-side mobile services framework then takes care of performing the necessary REST calls to download and upload data from the apps models, which then get automatically persisted server-side. Currently, Microsoft provides client-side support for Windows Phone 8, Windows Store apps, and iOS, with Android support on the way. Extra processing can be easily performed on the server through the use of Javascript and Windows Azure Mobile Services offers triggering of push notifications and provides identity services through Microsoft Account, Facebook, Twitter and Google. Recognizing the network-centric focus of mobile apps, Microsoft has streamlined the creation of server support for apps, especially in the case where one may not already have existing web services.

Through enhancements to the Windows Phone platform, the introduction of the surface tablet and touch-friendly Windows Store apps, and Windows Azure Mobile Services, Microsoft appears to have put together a compelling story to address mobile in 2012 and beyond. By the end of Build, it struck me that Microsoft is pulling together a decent strategy around mobile and that they do “get it” or, at least, are trying really hard to. Its mobile push reminds me of Bill Gates’ famed “The Internet Tidal Wave” memo, where after losing significant ground to Netscape Navigator and other web innovators, Microsoft rallied and came to dominate with Internet Explorer (the intern next to me asks “what’s Netscape”?).

It is clear that this is only the beginning for Microsoft and shows its focus to be a strong player in the burgeoning mobile field. Only time will tell if this is its “Mobile Tidal Wave” moment, but I welcome the competition they bring to the industry and am truly excited to see how things progress.

It’s a well-known fact that most users choose weak passwords. Choosing a strong password is actually much h... 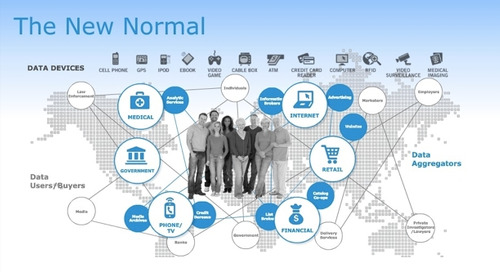 Demonstrating the Future of Data Science at the Strata Conference

A wise man once said only a fool would attempt a live demonstration (anyone remember Bill Gates and Windows...