We hear the terms all the time: agile, transformation, developer productivity, employee happiness. Unfortunately, transformation that improves both product and delivery—and that is continuous—can be challenging. Meaningful evolution is hard when everybody involved comes into a transformation process with all sorts of biases deeply embedded.

For VMware Tanzu Labs clients Liberty Mutual and Northern Trust, continually pushing their digital transformation efforts forward required getting team members out of their comfort zones and seeing things from different perspectives. Sometimes it was as simple as keeping an open mind while learning new processes. Other times it meant actively seeking out new voices and new opinions to help shape the software development lifecycle.

“Try to get those different perspectives, rather than going back to the same pool of users every single time.”

Ultimately, successfully remaking software practices comes down to being able to accept that you don’t know everything.

“The biggest change for my personal organization [from engaging with Tanzu Labs] was learning how to identify and validate the assumptions,” said Miranda LeBlanc, a solutions engineer at Liberty Mutual. “Constantly rethinking about, ‘OK, is what I'm saying a fact, or is it an assumption? And if it is an assumption, how likely do I think that it is going to be a true assumption or a false assumption?’”

Shifting points of view has allowed Liberty Mutual to speed up its pace of development significantly. The insurance giant had already developed a new UX back in 2016 that took deployment time for simple applications from a couple of days down to just 15 minutes. Today, the company is closing in on its goal to have newly hired engineers pushing production code on their first day.

LeBlanc’s team at Liberty Mutual was able to speed up the deployment process in part by seeking feedback from a broad group of people. By making a concerted effort to get a range of views, they were not only able to validate their assumptions about deployment patterns, but got input from a new group of users. LeBlanc said soliciting feedback from new hires provides a different lens on the developer experience, as does reaching out to veteran developers who might normally not speak up.

“One of the lessons I learned was just how to try and use data to find different users that we might not have talked to before,” she explained. “Before, we had more superusers, or people who are more vocal, approaching our team and giving us feedback. So the feedback was being pushed to us, and we learned at Labs about how critical it is to do more of a pull model and try to reach out to different people to see if they're open to doing user interviews. Just try to get those different perspectives, rather than going back to the same pool of users every single time.”

“One thing that I would tell folks is, ‘Depend on the balanced team.’...It's all focused on the team.”

For Lenny Jaramillo, a lead architect at financial services company Northern Trust, some of the biggest lessons learned from engaging with Tanzu Labs have been around embracing new, out-of-the-box ideas as the firm continues to further initiatives such as its cloud-ready and cloud native development process.

“Northern Trust uses our Tanzu Labs experiences to improve our cloud native approach, which enables us to build better software faster,” said Jaramillo. “This means we’re also able to fulfill client requests much faster than we could through traditional development.”

If you face a technical or business challenge that's blocking innovation, chat with one of our master practitioners during our virtual office hours.

Of course, success at Northern Trust starts with the product team. Jaramillo said the advice he gives to all developers during a Tanzu Labs engagement is to relax and enjoy the ride—even when they’re nervous about learning new tools and processes. Because, in the end, they’ll be part of a balanced team (another Tanzu Labs concept) where nobody is expected to know everything.

“One thing that I would tell folks is, ‘Depend on the balanced team,’” he said. “The team asks each other for help. The team collaborates. The team works together. It's all focused on the team.”

At a higher level, Jaramillo said Northern Trust has benefited from continued support of its domain-driven design and event storming initiatives as the firm evolves applications based on user feedback and needs. Both practices force teams to carefully consider—reconsider, really—how an application should function, and how each action or event is related to others. But it’s critical to do them thoughtfully when you’re trying to balance improved performance and/or user experience with the requirement that an in-production, revenue-generating application can’t go down.

“We weren't just taking it all in. We were really trying to understand the whole process.”

Really, learning is the key to digital transformation—and any other approach to modernizing software delivery. Sometimes you learn by listening, sometimes by analyzing, and other times by asking questions. But the end goal is always the same: to understand why you’re doing what you’re doing, so you can make progress rather than repeat the same mistakes.

“I think some of my best conversations came through finding ways to respectfully ask those whys and trying to learn more about the process and why we were doing certain things, and really just diving into some of those uncomfortable situations,” said Liberty Mutual’s LeBlanc about her Tanzu Labs engagement. “But respectfully pushing back and sharing my perspectives, as well, ended up helping us learn so much more because we weren't just taking it all in. We were really trying to understand the whole process.” 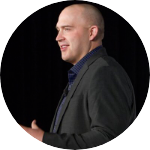 The Spring community virtually converged for the second day of SpringOne 2020. We recap the highlights in t...