Industry Analyst Insight on How Big Data is Bigger Than Data

Gartner’s Svetlana Sicular posted her thoughts on 5+ Big Data Companies to Watch on June 17, 2014. In it, Pivotal is listed as one of those Big Data companies to watch. With an important caveat.

We feel this falls in line with our vision that there is a much bigger picture than just big data, and big data’s future depends on ingraining it into the entire development process to make it more easily incorporated, modified and deployed so companies can capitalize on big data opportunities happening right now.

Historically, big data technologies have been offline in silos and took weeks or months to gain insight and comprehensive reports. This is a waste.

Recognizing this, internet giants such as Yahoo! and Facebook developed a new approach for harnessing big data with Apache Hadoop®. MPP databases like Greenplum Database emerged that shared the idea that parallel processing could speed up data munching and crunching, while also making more affordable by running on commodity hardware. In-memory data grids emerged caching high use data for rapid fire access to applications. For many, a complete solution involves all three of these types of technologies, as explained in our post Exploring Big Data Solutions: When To Use Apache Hadoop® vs In-memory vs MPP.

But if you step back farther, delivering big data solutions relies on far more than the data stores. Its the application code. Its the messaging system. Its the array of devices you are collecting data from, whether it be from the web, mobile devices or telemetry from the Internet of Things. Its the machines its running on, whether on premise or in the cloud. Its how you deploy to those machines. Its how you manage them, and the apps deployed on it.

Basically, we are of the opinion that its everything that touches the application lifecycle. And if you bring all those pieces together, its the third platform.

Recognizing that the future, and likely the growth of virtualization and storage sales, depended on the apps deploying on both of these platforms, EMC and VMware got together and decided to spin out Pivotal, with the collection of ingredients from both companies that paint a complete picture of how these apps gel together. Knowing their bread and butter depended on the apps that ran on them, they had been steadily investing in a broad range of application technologies that covered application, cloud and data fabrics.

The only real gap between both EMC’s and VMware’s portfolio was the Internet of Things, and mobile—both of which are undoubtedly the largest sources of big data, and where big data has the most opportunities to harness competitive advantage and business optimization. This is why General Electric was essential to our launch to leverage their investments in the Industrial Internet to lead the entire market to the Internet of Things. This is also why Pivotal’s first acquisition was Xtreme Labs, with their technical prowess for developing world-class mobile applications.

Now under one roof, we are all aimed at the 3rd platform where all of these pieces converge and just work for developers and business users alike. In short, we are working hard to eliminate complexity, maximize automation, reduce overhead and costs and make it really simple for companies to focus on building really great software.

To that end, we’ve made some major strides in the past year:

It is not only Gartner’s Sicular that we feel is picking up on our progress and recognizing the value of the bigger picture. Its also one of the main reasons people want to work for Pivotal. People like Roman Shaposhnik, a former member of the Yahoo! team that originally worked on Apache Hadoop® and later went to Cloudera, who spent years building Apache Hadoop® into the leading Apache project on big data. Now, he wants to work on things bigger than just Apache Hadoop®. He wants to help reinvent the entire development lifecycle with big data solutions baked in. Or, in his words:

In my mind, Pivotal is an ideal sponsor for an effort to bring us closer to the fully integrated, easy to use Apache Hadoop® platform. First of all, Pivotal is an extremely open source oriented company. Projects like Spring framework, Groovy, and Grails, just to name a few, are the building blocks of Pivotal One. Pivotal has the open source gene baked into its DNA from day one. Even more importantly, the vision of Pivotal One is that of an application development platform offering developers a variety of application and data services available as part of a single comprehensive offering. At the end of the day, Pivotal has a much more ambitious goal compared to all the Apache Hadoop® vendors out there. The company puts a huge emphasis on platform integration and views Apache Hadoop® APIs in a much wider context of application and data services. The Pivotal One vision is way bigger than any of its parts (even if that part is as big as an entire Apache Hadoop® ecosystem).

Pivotal has a big vision and a bright future. Enterprises of all sizes will continue to see us hack away at making the development process smoother, and all of our products working together like clockwork. So, stay tuned. There’s a lot more where that came from coming soon!

Gartner does not endorse any vendor, product or service depicted in its research publications, and does not advise technology users to select only those vendors with the highest ratings. Gartner research publications consist of the opinions of Gartner’s research organization and should not be construed as statements of fact. Gartner disclaims all warranties, expressed or implied, with respect to this research, including any warranties of merchantability or fitness for a particular purpose. 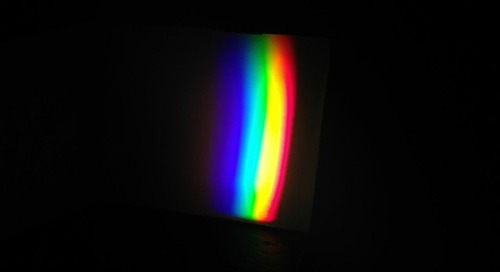 When your client wants crazy features

Sometimes our stakeholders ask for features that are counter to generally good ux and design practice. In ... 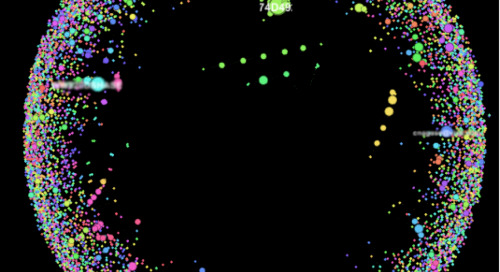