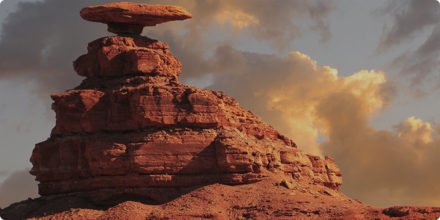 As data scientists, we work with a large amount of diverse data. A common task for us is supervised statistical classification. Classification underpins many activities that are a part of our everyday lives. Emails are classified as spam or not spam, credit card purchases are classified as fraudulent or legitimate, and custom web advertisements are shown to people based on their viewing habits. A ubiquitous, yet difficult problem in machine learning classification is class imbalance, which occurs when one class occurs far less frequently than the others.

For example, how do you create a classifier to detect fraudulent transactions if only 1% of all transactions are fraudulent? In this post, I take a deep-dive into class imbalance, discussing the challenges associated with large datasets and approaches to tackle the class imbalance problem.

Typically, statistical classification first involves training a model based on training data, then scoring the model on new data. Training the model estimates a function that links between a set of observations’ features and their corresponding classes. These features can be either categorical (e.g. gender, type of car) or numeric (e.g. price in dollars, length, speed), while the classes must be categorical. Once model training is complete, a new observation with the same set of features, but possibly different values, can be fed into the model. The output will be a set of scores which represents, for each class, the probability of a new observation belonging to the class. Alternatively, the model may simply return the predicted class for each observation.

Classification can become much more complicated if one or more classes occur far less frequently than others. This is known as a class imbalance problem or rare event detection, and it commonly occurs in big data applications. Some examples include predicting rare disease developments in individuals, predicting natural disasters, or detecting fraudulent transactions. Without accounting for class imbalance, fitting a model to the data can lead to poor results. To lay the groundwork for solutions to the class imbalance problem, the next section will review common metrics for comparing models.

How to Evaluate a Machine Learning Model in HAWQ or GPDB

When comparing models, optimal metric choices are subjective and depend on the specific problems. Common ways to compare models include confusion matrices, accuracy, precision/recall, and the ROC (Receiver Operating Characteristic) curve. These are explained below.

Table 1: Definition of the confusion matrix

A perfect model will have only true positives and true negatives, that is, no false positives or false negatives.

In HAWQ and GPDB, data lies in tables. Each row corresponds to an observation while the columns contain the information for the features and classes. After fitting and running a model, we can add columns for the class predictions and the probabilities of each observation belonging to the rare class.

If the table is in this form, we can compute the confusion matrix in HAWQ or GPDB using the following code:

With this matrix, we can compute many other relevant metrics for model evaluation.

This model results in an extremely high accuracy of 99%, but it is clearly not a good one. It never predicts any of the positive classes, as shown by the lack of true and false positives.

Precision and recall provide an effective means to evaluate model performance in the presence of class imbalance. Precision measures the certainty of a positive test result. Recall measures the amount of true positives that are captured by the model. They are defined below:

Precision is sometimes referred to as the positive predictive value. Recall is also known as sensitivity or the true positive rate.

The best models should have both high precision and recall values. However, there is often a tradeoff between the two. Determining which metric to optimize depends on the question being answered. Consider these two examples of rare event detection:

In the first case, recall should be more important. A missed fraud attempt is much more harmful to the company than detecting an innocuous transaction and flagging it as potentially fraudulent. In statistical terminology, this means that a false negative is more damaging than a false positive.

In the second case, precision should be more important. It would be more beneficial to a user if all of the returned search results were relevant. If more emphasis were put on improving recall, then the search engine would return many irrelevant results and the user would have to cull through a potentially larger number of them to find something useful. In this situation, false positives are more damaging. 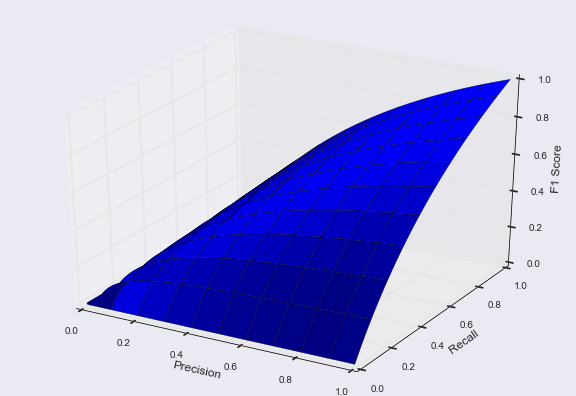 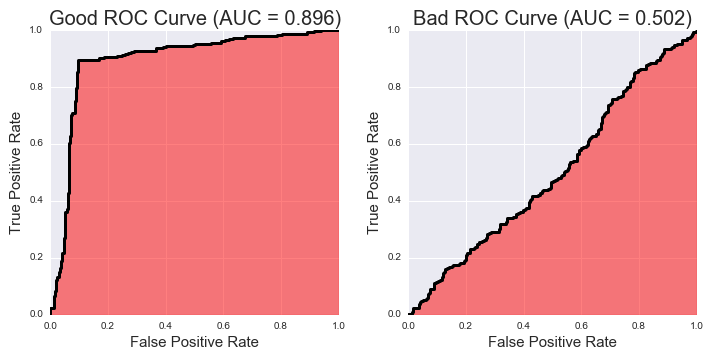 Figure 2: Example of a good and bad ROC curve

Now that we have discussed how to judge the performance of a model, how do we actually create one? Without accounting for class imbalance, machine learning models can perform poorly. One way to get around the class imbalance problem is to balance the training data set. This way each class is closer in size. As a result, misclassifying positive examples becomes much more costly than misclassifying negative examples. There are a few ways in which we may balance the classes.

The exact size of the sub-sampled or resampled data set can be arbitrary and will likely depend on the metric that is being optimized. A good first guess would be to make both classes the same size, but cross-validation may show that using slightly uneven class sizes works better. Using either of these methods effectively increases the weight of the rare class, which allows it to be more easily detected. Other methods to achieve similar results include using a threshold value other than 0.5 or using a custom loss function which assigns a higher cost to misclassifying a rare observation.

This next section provides a case study using the Forest Covertype Data Set, which comes from UCI’s machine learning repository. This data set contains 581,012 rows and 55 columns. In this particular problem, we are primarily interested in the cover type variable, which can take one of seven values—Spruce-Fir, Lodgepole Pine, Ponderosa Pine, Cottonwood/Willow, Aspen, Douglas-fir, and Krummholz. We are interested in predicting whether the cover type is our least frequent class, Cottonwood/Willow, which only accounts for 0.47% of the data. This means Cottonwood/Willow will be our positive/rare class and all others will be our negative class.

Before modeling, we split up the data into training and test sets. This way, cross-validation can be done later. We choose to assign an approximate split of 80% and 20% for training set and the test set, respectively:

The code below shows how we could down-sample in HAWQ or GPDB.

This code will take all of the positive examples and sub-sample the same number of randomly chosen negative examples. It will then merge them, and convert the columns into arrays, allowing them to be read into our PL/Python function. In the future, we will be able to replace these methods of down-sampling and up-sampling with functions in PDL Tools, which is a library of reusable tools for data science work in HAWQ and GPDB.

Next, we illustrate code to create two functions—plpython_rf and plpython_rf_score—that run and score a random forest model in PL/Python. The first function runs the random forest and then serializes the Python model object into a byte stream. This process of serializing a model is known as pickling. The second function will take the pickled byte stream as an input and unpickle it. Doing this recovers the original model, which we can then use to score new observations.

The results of the different sampling methods are shown in the table below:

We can see that applying a random forest to the entire unbalanced data set results in 99.5% accuracy, but a 0.37% true positive rate. Balancing the data set allows the model to detect positive observations. The ROC curves for each of these implementations are shown in Figure 3 below. 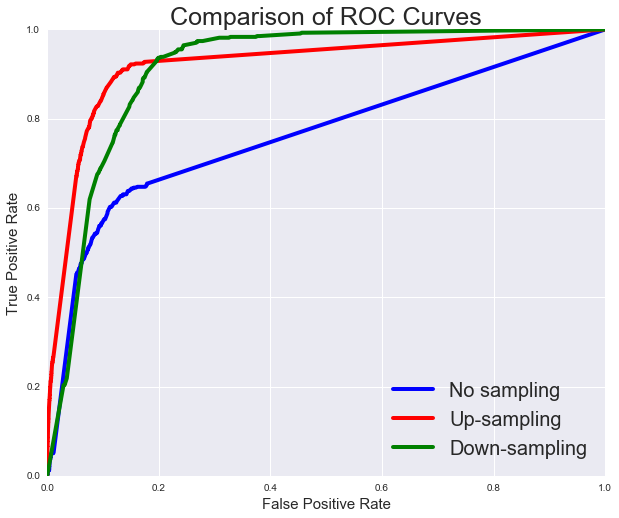 We see from the AUC scores that these two methods improve on the regular model by a quite a bit.

Class imbalance problems can be very complex. Maximizing one metric can cause another one to drop. Without knowing which metric is the most important to focus on, it is difficult to define what the final model should be. While this blog does not exhaust all the complexities of a class imbalance problem, it gives a taste of important issues to consider and some approaches to overcome class imbalance. 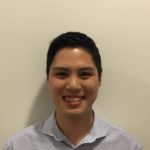 Greg Tam is a Data Scientist for Pivotal, where he helps customers dig deep to understand their data. Prior to joining Pivotal, he was at Harvard University, where he completed his master’s degree in statistics. He also has a bachelor’s degree in probability and statistics from the math department at McGill University. 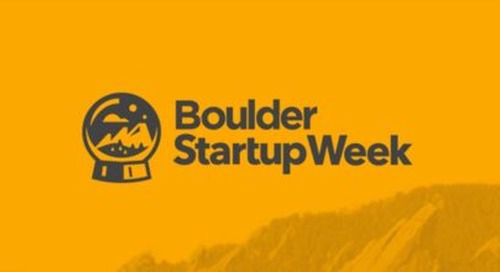 In 1891, a startup idea was born. The Quadricycle. It consisted of two bikes, lined up side by side, and po... 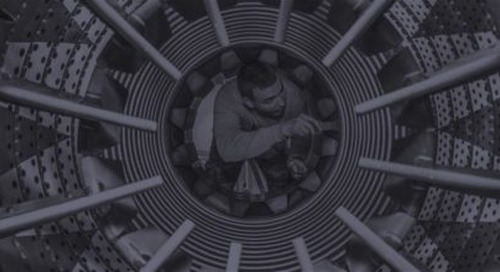 While twelve factor applications are becoming more prevalent, there is enough buzz to confuse their meaning...