How Pivotal Came to Change its Policy on Sexual Harassment

Today, as many as 60 million Americans are barred from bringing sexual harassment claims to court because their employment contracts require such claims to be subject to private arbitration.

Until March 7 this year, US Pivotal employees were among them. On that day Pivotal changed our Pivotal Arbitration Policy to exclude unlawful sexual harassment claims from being required to go through binding arbitration. While I was an advocate for this policy change, it was an effort across teams that made this change a reality. Tech companies are beginning to drop this policy, mostly due to the hard work of advocates and lobbyists. Advocacy in a company setting can be risky, but my experience in challenging a policy here at Pivotal was marked by support and encouragement.

A lawsuit, however, occurs in public court, where the court is required to keep public records that anyone can query.

Many employment agreements include a binding arbitration policy, under which the employee agrees to take any claims against the company exclusively through private arbitration. This waives employees' rights to take claims to public court. To settle claims in private arbitration, victims may be required to enter a confidentiality agreement that prevents them from discussing the facts surrounding their claim publicly. This limits the public discussion that is often needed to begin addressing systemic problems in workplace culture. This disproportionately affects those who are more likely to experience sexual harassment in the workplace, such as women.

While Pivotal has never invoked the arbitration provision, and has never had a sexual harassment lawsuit, the policy seemed out of place, so back in February I decided to take action to change it. After reading legions of #MeToo stories about legitimate complaints in tech companies that hit dead ends, I readied myself for lots of pushback. To my surprise, I was met unfailingly with empathy and support in every avenue—from Legal to HR, to the head of R&D.

It is also a demonstration of Pivotal following through on one if its core values: Do the Right Thing.

Overcoming the Fear of Advocacy

This issue hits close to home for me.

Before Pivotal, I’d been one of very few women on my development teams. I’d gotten used to watching what I said, and how I dressed, and while I hadn’t been a victim of sexual harassment, I knew people who had. They rarely came forward, and when they did, they were told to keep their experiences to themselves, their harassors were not held accountable, and their careers suffered.

The #MeToo movement pulled stories like these into the spotlight. With each new story, the impact of this silence increasingly worried me. Employers had been using private arbitration to protect their own reputations, while pressuring victims into silence. I wanted to make sure this would not happen at Pivotal—I wanted to change our forced arbitration policy, but was afraid of coming forward.

Everything about these stories had led me to distrust corporate HR and Legal departments.

With some hope that power in numbers might mitigate any risk to my career, I went about writing an internal petition. I thought it was compelling, but after reading it over, it occurred to me that bypassing a direct conversation with Pivotal Leadership would neglect context. They wouldn’t have an opportunity to fully understand or reflect on my views, before being confronted by a host of fuming Pivots. As far as feedback went, this approach felt pretty unkind.

It's a Process that Starts with Asking for Help
I first reached out to a peer—a PM—for feedback on my approach. This PM felt that Pivots reading my petition might wrongly assume I’d already attempted to discuss the policy with leadership, and had been rebuffed. She encouraged me to further consider approaching HR directly, but understood my trepidation. She pointed me to another engineering leader who’d successfully advocated for policy change at Pivotal, to help inform my approach.

I did just that, and this leader not only listened, but started a conversation with HR and Legal on my behalf without mentioning my name. He kept me updated, and when I was ready to come forward, he introduced me to Pivotal’s legal counsel who was empowered to change our arbitration policy.

Within a week of all this, the policy was changed—Pivotal employees are no longer required to submit to binding arbitration when it involves allegations of sexual harassment.

My Hope For Others

If you feel strongly that something needs to change, evolve, or stop, I hope this story gives you confidence that your feedback matters, is encouraged, and will be seriously considered by the leadership in your workplace.

Even if you don’t feel safe delivering feedback directly, it’s worth delivering it anonymously. Blunt, actionable, and specific feedback is kinder than no feedback at all. We are all responsible for making Pivotal a better place and building a culture that we can be proud of. In this case a petition didn’t prove necessary, but it is still a great backup plan if direct dialogue meets resistance.

If you helped me in this process, I hope you know how grateful I am. In the beginning, I had to muster a lot of courage for every new interaction. But each conversation made it all seem less like a leap of faith, and more like steps on solid ground.

Sexual harassment has no place at Pivotal. I hope the broader tech industry continues to follow this lead, and exempts sexual harassment claims from forced arbitration so that victims everywhere can speak freely about their experiences.

And I hope when they do, it’s out of confidence that their peers, employers, and company policies have their back. 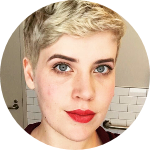 Beatrice is an Engineering Manager in Pivotal Labs. Since starting at Labs in January of 2017 she's worked to increase awareness in her home office of Seattle around Diversity and Inclusion. Her day to day work is as a consultant, working with clients to help transform their software practices. Prior to Pivotal, Beatrice worked as a developer at Microsoft on XBOX and Windows and at Google on the Docs team.

Alois Reitbauer explains what IT will be like in the future.It’s easy to get swept up with the idea of auto... 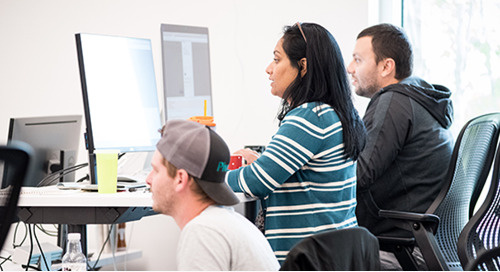 SLIs and Error Budgets: What These Terms Mean and How They Apply to Your Platform Monitoring Strategy

This is the first post in a series about monitoring distributed systems. We introduce several concepts for ...