With a sold-out KubeCon this week, it can feel like everyone is using Kubernetes. K8s is mainstream. The future is now. We've crossed the chasm.

But have we? Last week saw the first major Kubernetes vulnerability announcement. That hissing sound you hear is the air being let out of many an inflated expectation. Reality sets in.

Today, most enterprises are still figuring out how to run Kubernetes in production. How will we support thousands of developers asking for k8s clusters? How will we manage k8s across heterogenous infrastructure, multiple clouds, and avoid snowflake environments? After last week’s critical vulnerability, how will we patch and update k8s versions, with no downtime?

Most enterprises want answers to these questions before using Kubernetes broadly. The good news is that Pivotal Container Service (PKS) already has technical solutions baked in to the platform. When adopting new infrastructure software in practice, enterprises look for a few more things in place to go live and go big. Before adopting infrastructure software, they need:

This post will summarize where PKS is with respect to these integrations, partners, and user stories from peers.

Part of operating Kubernetes successfully requires integration into existing infrastructure, such as monitoring systems. AppDynamics, Datadog, Dynatrace, New Relic, VMware Wavefront, and Weave Cloud have all built monitoring for Kubernetes and BOSH managed clusters. Since PKS provides a simple way to deploy and operate enterprise-grade Kubernetes using BOSH, the PKS ecosystem builds on what monitoring vendors have already invested in.

Operating Kubernetes also introduces some new requirements, like container security. PKS helps automate patching Kubernetes itself, but how are the containers themselves secured? This is where Twistlock's new PCF integration comes in. Twistlock runs on PKS to add runtime defense for every pod, as well as network and app-layer firewalls. AquaSec has also announced availability of their field beta of AquaSec on PKS.

Another opportunity that PKS represents is providing a great way to run other packaged software. Third-party ISVs are increasingly handing over containers images. Orchestrating the infrastructure under K8s makes it easier to operate that third-party software.

For example, Cloudbees announced availability of CloudBees Core for PCF. This standardizes how teams deploy and manage the Jenkins-based CI/CD software. Yugabyte and Crunchy Data are other such examples. YugaByte DB Enterprise for PCF and Crunchy PostgreSQL for Kubernetes simplify how teams deploy and run the scale-out data management software. Redis Labs has also announced that they are working on bringing Redis Enterprise to PKS. Confluent has announced it is working on making its Apache Kafka-based software run on PKS.

Under the surface of these scattered examples is a groundswell of work underway across ISVs. Watch for more PKS integrations to come on the Pivotal Services Marketplace.

Consultants and systems integrators are where the transformation rubber meets the road. Large enterprises have thousands of applications that partners help maintain and develop. Many have parts of their IT operated by partners. Ingesting Kubernetes into this landscape touches a lot of partner work.

First, you need Kubernetes laid down. PKS makes deploying and updating Kubernetes simple and automated, and it runs on any cloud, including vSphere. VMware's partner ecosystem paved much of the enterprise with vSphere over the last fifteen years. Now, VMware is gearing up to enable partners on PKS with a new PKS competency next year. Partners like Redapt are already leaning into the "Kubernetes on VMware" opportunity with PKS. ITQ has been training teams for months.

Next, you need to actually migrate or deploy workloads to Kubernetes. Partners like Solstice see PKS as a great solution for the long-tail of enterprise workloads. HCL has found that containerizing an application can reduce its footprint 30-80%.

Pivotal and VMware have been working with a pilot group of partners this year with expansion ahead via VMware’s Partner Network and the Pivotal Ready Partner Program. Ask your key application and infrastructure partners about their plans for PKS.

"We're different" is a common excuses for upholding the status quo. Yet, as a technology or methodology gains more practical examples, this excuse begins to ring hollow. When it comes to running Kubernetes in production, how different can you be?

T-Mobile already operates consumer-facing production workloads on PKS. Using PKS, their team can have Kubernetes up and running with a couple of BOSH commands, instead of months to get OSS Kubernetes set up.

West Corp sees PKS as important from a security and compliance perspective, making “the right way the easy way.” European telco Orange shared their PKS journey from proof-of-concept through production Kubernetes service  at VMworld Barcelona. National Commercial Bank of Jamaica, Playtika, and Swisscom all spoke at VMworld events in the last couple months.

If you are looking to connect with more users running kubernetes in production with PKS, plan to attend Cloud Foundry Summit in Philadelphia, PA next April 2-4, as well as SpringOne Platform in Austin, TX next October 7-10.

As you read here, the ecosystem around PKS is becoming more visible. The stories of how users are adopting PKS to run Kubernetes in production are emerging. The momentum is building. Looking out a year, you can expect many more integrations, partners, and peer stories. So, what should you be doing now?

On a recent podcast interview, Jeff Dickey of Redapt had a useful suggestion. He recommended that every vSphere user have PKS running in their lab today. If you aren't, he warned, your competitors likely are and you are that many more steps behind in running Kubernetes in production. By getting PKS into testing, you are on the path to building competency in Kubernetes. You know your end goal is Kubernetes in production. Starting with PKS means beginning your journey with the end in mind. Take a test drive today! 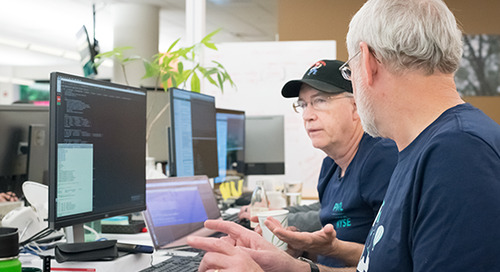 This coming year, keep focusing on creating better products for your customers, but also make sure you're c... 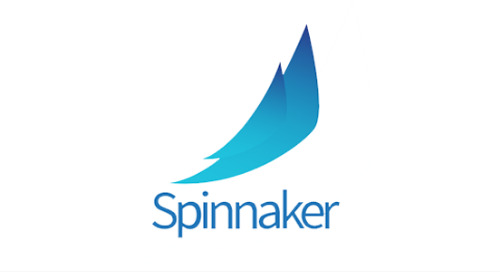