Home Sweet Home Away from Home

Today was my first visit to a different Pivotal office. I’m on personal travel in Los Angeles at the moment, so I spent the day today working out of Pivotal’s Santa Monica location. I was delighted to find that people so far from New York would have such a direct connection to what I was working on.

I was remoting with my pair in NY and we were fixing a regression on our usage of the data-presents pattern, which has served us quite well on my current project. Turns out we attaching behaviors to DOM elements using their IDs generated by the simple_form gem, and those generated IDs had changed out from after us when we updated to the latest version of simple_form.

It turns out that two feet to my left was Patrick, who had made the commit to simple_form that changed the IDs that are generated. And across the table from me was Jonathan, who had worked quite closely in San Francisco with Rajan, who had created the data-presents pattern on our project. Jonathan told us how it should be used: rather than using classes or IDs from the DOM, it was better to bind it specifically to data attributes to keep the data-presents pattern as loosely coupled as possible.

With such unexpected experts so close at hand, we had the regression tested and fixed in no time and it was cause for a celebratory game of ping-pong, just like home. And that’s when the next important discovery of the day was made: 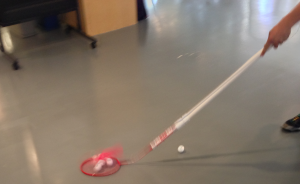 I had no idea that bending over to pick up ping pong balls is a thing of the past! Our Pivotal New York office manager will be receiving a request to purchase one of these devices in the very near future.

I look forward to a continued exchange of ideas as this week continues. Thanks to everyone in Pivotal Los Angeles for making me feel so welcome. 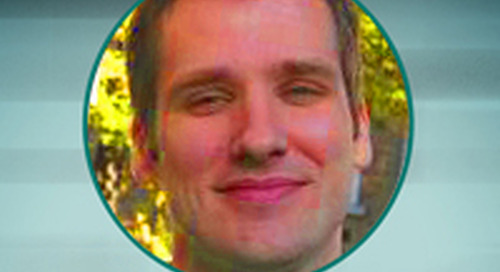 Pivotal People are some of the best programmers, data scientists and engineers on the planet. This series i...

When Should I Build a Live Style Guide?

Over the last several projects, we have chosen to commit to the construction and maintenance of a live styl...