New research shows that nearly 70 percent of United States-based technology businesses have identified a lack of diversity in their workforces, leading to young tech workers feeling like their company culture is neither inclusive nor accepting. Building gender diversity in an organization is an important issue facing many, but it is also essential in order to create award-winning products, according to members of the Tanzu Vanguard community from OneMagnify.

OneMagnify is a full-service, multidisciplinary marketing and communications company and an active VMware Tanzu Application Service customer. In this breakout session from SpringOne 2021, OneMagnify’s Kerry Schaffer, senior IT director; Nicole Wierzbowski, hosting engagement manager; and Rajalakshmi Padmanaban, IT director, discussed strategies for building gender diversity. The panel was moderated by VMware Tanzu Vanguard leader and Principal Technologist Brian Chang. They suggested starting by creating internal advocacy groups, recognizing differences in leadership representation, and building confidence in female-identifying employees so they are set up for success.

Schaffer: “The number of women in IT [and especially in IT leadership] has been decreasing year over year.... We realized we needed to do something to actually help the women in IT at OneMagnify. We said, ‘Let’s create our own leadership and technical conference for women in IT at OneMagnify.’ So we launched the IT Circle, kicked it off, and we've done pretty well with it and we have some impressive things that we want to share.

“We identified an opportunity. We just went over the statistics, and women don’t see ourselves in leadership positions. We feel like it’s not accomplishable, a lot of women do, and that’s probably very true for other underrepresented minorities as well. When we started actually looking at gender diversity, we realized we are higher than the national average. We have almost 40 percent of our IT staff being women.”

Schaffer: “Gender diversity is very important, and then building the confidence of the women in the organization also had a really good impact for OneMagnify.... I don't think we're selling IT jobs saying, ‘You're going to help people and get to work with people and get to talk to people.’ That's not how we’re doing it, so I think that’s a big portion of what’s holding women back from getting in.... Growing up in a traditional gender environment, women have felt like we’ve had to be meek and demure, we’re not going to stand up, we’re not going to step out, we’re not going to talk positively about ourselves. So, we had to build that confidence as well.”

Wierzbowski: “One major focus for a whole workshop was putting together a way to help build that confidence, help women learn how to sell themselves, feel confident, and appreciate what they do have to offer, and take that jump. The first session was all about defining their superpower. This workshop was all about identifying personal attributes. We wanted to make it fun. We wanted to inspire confidence for the women participating, and there were men too that came.”

Padmanaban: “Another program is the Experience IT program. It was co-founded by OneMagnify with other tech giants in Detroit, where the employee volunteers participate in this program. They pick up the technology, they do the course curriculum, and then they also volunteer as mentors. They train them, they conduct interviews, and then eventually these companies hire the students.”

“From the culture that I grew up in [as an Indian-American woman], I've heard this proverb several times: empty vessels make the most noise.... But the downside to that is we forgot to speak up, our voices were unheard. The proverb is still true. It has true meaning, but then maybe it was absorbed differently or by mistake saying that people don’t have to speak up. Your voices have to be heard. Yeah, it took some time, but I have been with OneMagnify 14 years and have definitely felt an impact from this wonderful company and the wonderful employees.”

Schaffer: “So, we’re going to continue the movement. Part of the reason we wanted to present this [at SpringOne] is because we wanted to encourage other organizations to create these advocacy groups, because what you find is that you may have leaders that are sitting there in your organization that may not have the confidence to speak up, and so sometimes you have to help people, especially people from diverse backgrounds. You have to advocate for them, you have to sponsor them, you have to create these types of advocacy groups where they can actually flourish, come out of their shells, and become great leaders.

“And our goals were to increase the number of women in leadership positions, which is starting to happen.... Forty percent is great. And I know this last year was hard, and a lot of companies lost women. We maintained that ratio, but our goal is to increase. We want to be 50-50.”

Schaffer: “My final words are, if you’re going to create products that are award-winning, that capture the market, you have to have a diverse team, because if your demographics or your team do not match the demographics of the general public and your users, your products will fail. Advocacy for women and advocacy for underrepresented minorities is important. And our organizations should not just give lip service to having commitment to diversity; they should actually have a commitment to diversity.” 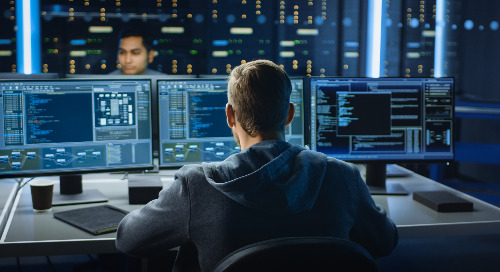 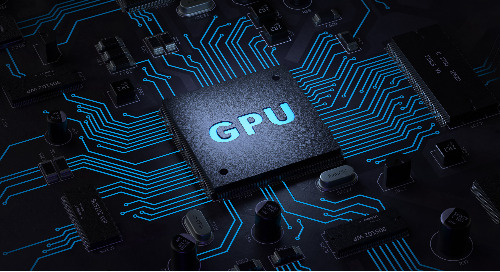