From radio to apps: Are cars the original mobile consumer application platform?

Why does Ford have an active program to reach out to app developers? What is changing in the dashboard to make apps a must-have for cars? In an interview with RadioWorld, Julius Marchwicki, global product manager for Ford Sync AppLink, talks about Ford’s outreach to developers and its app strategy. In Ford’s case, cars represent a real mobile consumer application platform.

You can’t draw in younger buyers with big engines anymore; the way to capture market share for new cars is to offer the latest in infotainment, right in your car. Apps give Ford access to providers and sources of content, from Pandora to HD Radio to satellite radio. This essentially moves radio from a transitory broadcast media to something more like a DVR for radio; you can access content you might have missed at a later time, or rewind a show to hear the beginning of it. In the future, other content like Weather, Traffic and Restaurant suggestions will also be delivered to your dashboard through Apps.

How does all this work? Not surprisingly, there’s a link between the radio and the smartphone. iOS devices connect using a USB cable; Androids connect wirelessly. Once connected, drivers can control the apps with buttons on the steering wheel, voice commands, or dashboard displays.

The AppLink program is worldwide, so while we often think about the US radio conglomerates and music companies, Ford is embracing partners in Asia and in Europe, where the company sells a large number of vehicles.

RadioWorld asked why Ford is focused on apps versus on developing a new radio. Marchwicki’s reply is telling: “One of the reasons why is we want to be able to, as a car company, keep up with changing trends in technology because it takes us so long to design and engineer a radio, and then build it into a car. By the time the radio in a car is built, it’s almost a year and a half old. With this technology, with Ford Sync AppLink, we can stay relevant.”

The end result for Ford is the ultimate in flexibility. When customers started asking for Spotify in addition to already supported Pandora, there was a very quick ramp-up to add new functionality to the platform. Furthermore, it will work on all Ford cars that support AppSync. Drivers can finally have their choice of content and say, if they drive a Ford, that there’s an app for that.

Mark Your Place: Bookmarks in RubyMine

Like many text editors, RubyMine supports bookmarks. A bookmark is a reference to a particular line in a ... 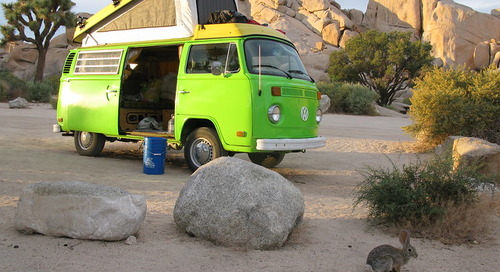 coding for the soul

Is coding right for you? Does it satisfy your soul? If you had a billion dollars, would you write another l...