Practical lessons and hopes for how tech can combat poverty from Blue Ridge Labs.

The Robin Hood foundation is New York’s largest poverty-fighting organization and there’s plenty of poverty to fight. New York has a million working residents who earn less than $20,000 per year (the official US poverty line is $24,600 for a family of four). Almost two million New Yorkers receive food stamps.

Blue Ridge Labs is an incubator inside Robin Hood which has quietly been making high impact tech products for low-income New Yorkers since 2014. The lab’s fellowship program has already spawned projects like FreshEBT, a mobile app which helps America’s 43 million SNAP recipients to manage their benefits, and which raised $4 million earlier this year. The lab also runs Catalyst, a 6-month program for social ventures which are at a slightly later stage.

“…[T]he sorts of apps that are being made by most folks are not well suited to address the sorts of problems that low income folks have.”

Other projects include Good Call, a hotline connecting New Yorkers who have just been arrested to a free lawyer, Yenko which warns low-income college students when they are at risk of losing their financial aid package, and JustFix which helps New Yorkers get repairs on their homes by providing access to housing rights experts. This year, the lab’s five-month fellowship program focuses on creating products for older, low-income adults and their caregivers.

“At least in the United States, the largest demographic is the low income demographic,” say Bill Cromie, one of the founders of Blue Ridge Labs. “It’s just that the sorts of apps that are being made by most folks are not well suited to address the sorts of problems that low income folks have.”

After four years of shepherding idealist techies through the fellowship program, Cromie and his co-founder Hannah Calhoon have learned a lot about what works and what doesn’t in this new sector of technology for poverty.

“The teams that are often most successful find a moment of particularly sharp pain and capture people in that moment of motivation,” says Calhoon. “I’ve just been arrested and I don’t know what to do. There’s water dripping down from my ceiling and I can’t live in my apartment.”

The second type of application which builds user traction fast tackles an annoying, regular pain point like FreshEBT. Currently SNAP recipients have to call an 800 number and enter a 10-digit PIN in order to check their balance. FreshEBT maintains that balance for them in the app.

One factor that the Blue Ridge Labs’ founders vastly underestimated in the early days was the importance of topic area expertise within fellowship teams. During their tenure, fellows have hundreds of conversations with members of the lab’s Design Insight Group, a group of 800 low-income New Yorkers, but the first cohort of fellows only included one subject matter expert — Margo Wright, the founder of Yenko — who had already spent years helping low-income students complete college. The other fellows were product managers, developers, startup founders, and a tech journalist (full disclosure: the journalist was me) who didn’t know a lot about living below the poverty line in New York City.

The lab therefore added a new expert track. Experts are people who have lived experience with the issue at hand or are academics, practitioners, or researchers working in the field. “This year we’ve got a geriatric nurse, a social worker, and two women over the age of 70 in the class,” says Calhoon. “The traditional start up team is a product manager, an engineer, and a designer. We tagged on a fourth person, and that fourth person is a topic-area expert.”

Finding the Right People is Hard

As with any startup, finding the right people is a big issue for Blue Ridge Labs and its projects, but technology for poverty projects operate in an even more challenging environment than your average startup.

“We have learned that being a super talented designer, or a super talented product manager or engineer is not sufficient,” says Cromie. “One of the most important elements is finding people that are comfortable with being really uncomfortable: on a professional level, on a personal level, in coming to terms with their own bias and assumptions.”

Fellows and their teams need to able to communicate effectively and empathically with users who have very different backgrounds and life experiences to themselves. They need to work well as a team amidst chaos and uncertainty and make decisions with limited information.

“There’s a necessary combination of humility and thick skin, because a huge portion of the fellowship is going going out and having people tell you dozens of dozens of times why the thing is wrong and broken and bad,” says Calhoon. Many fellows have come from big companies thinking that they wanted to work in a startup. “And part of what they discovered over the course of the summer is that they don’t,” says Calhoon.

The Future of Technology for Poverty

When Blue Ridge Labs started four years ago, it was almost unique in building high tech products for low-income Americans. Since then accelerator programs and innovation labs devoted to nonprofit tech have been popping up. Mission-driven companies are becoming more mainstream.

“If I look at the strength of the pool of applicants for our Catalyst program this year and compare it to the first year, it’s both more teams and a higher proportion of stronger teams,” says Calhoon. “More people are deciding this is what they want to do with their time and their talents.”

There is still a huge funding gap for social ventures using technology to address poverty, whether they are nonprofits or for-profit. Startups serving low-income populations seem baffling to most traditional VC funds. Philanthropic funds don’t know how to deal with a for-profit company. Even impact investment funds tend to invest in later-stage social ventures.

“Finding people who want to support this early a stage of innovation where the risks are so high and the outcomes are so uncertain is really difficult,” says Calhoon. “It’s new and maybe 80% of the stuff we fund isn’t going to work and we’re not going to make a billion dollars if it does work, because we’re not taking any equity and half the portfolio is non-profit’.”

The fact that FreshEBT raised a $4 million funding round from a combination of impact investors the Omidyar Network and traditional VC funding in the form of Andreessen-Horowitz may be an indication that things are starting to change.

“The ventures that are emerging are, I hope, at the front of a wave of ventures that see an opportunity to both build things that can be large, and successful, and sustainable, but that also can do a lot of good in the world,” concludes Calhoon.

Four Years of Building Tech for Low-Income Americans was originally published in Built to Adapt on Medium, where people are continuing the conversation by highlighting and responding to this story. 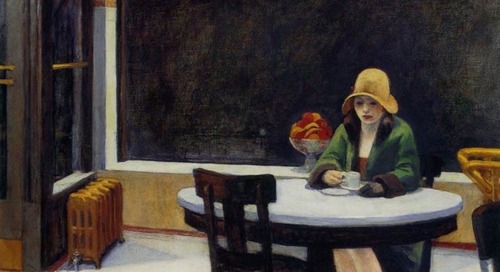 As fast food kiosks proliferate, how can they be better designed?In Automat, Hopper expresses the lonelines... 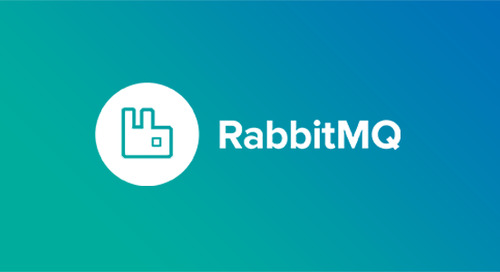