Entropy is not Entropy

In the context of information theory, entropy is a measure of unpredictability or information content. The entropy of a coin toss for a fair coin (for which the probability of heads is the same as the probability of tails) is 1. A cryptographically secure random number generator has approximately 1 bit of entropy per bit of output: 0 and 1 are equally probable outputs at any point in the stream. English text has fairly low entropy, because it is fairly predictable; there are many more e’s than z’s, for example.

For example, we have used passwords here by selecting two dictionary words separated by a digit. If you eliminate short words (fewer than 4 letters), and long words, it is difficult to find more than 20,000 or so words, even when including foreign and technical terms. Two words selected at random from a dictionary of 20,000 words, combined with a single digit (e.g., mahua8tynd) yields 20000*20000*10 possible combinations, or 4,000,000,000. That seems like a lot, but log2(20000*20000*10) is about 31, meaning that there are 31 bits of entropy passwords generated by this mechanism (whereas a password consisting of 4 random 8-bit characters contain 32 bits of entropy). But online password checkers almost uniformly credit this with more entropy than actually was present at the time of creation.

reports 41 bits of entropy for mahua8tynd. What’s wrong here? Entropy may not be entropy. While the above tool no doubt properly calculates the entropy of a password based on the expected value of each character; roughly a measure of the compressibility of the word or phrase; the degree of freedom in generating the password is considerably less.

A conservative approach to security asks us to assume that an adversary knows how our locks are constructed, how keys are made, etc. and relies on possession of the key itself to control who can open a lock. But unlike a physical key, a password is something we are expected to remember; the greater the entropy, the lower the likelihood a password is memorable.

As an approach to generating passwords that have more entropy, but are still somewhat more memorable than lJSKKZtHyNZr1, I wrote mkpasswd. mkpasswd was inspired by the babble strings produced by the original Bellcore S/Key OTP generator; however, its purpose is merely to produce passwords with a promise of 66 bits of entropy (in the default configuration). The dictionary differs from the original in that only 3- and 4-letter words are used. The security of the passphrases generated is reducible to the security of the underlying system RNG (e.g., /dev/random). Six words are selected at random from a dictionary of 2048 words, yielding 2^66 possible passphrases.

To make passphrases more legible, the -s option inserts spaces, and the -d option inserts dashes. It is up to the user whether to include these in the password itself. A sample of the output:

The code is released under the two-clause BSD license. It’s on github here:

h/t and thanks to Brian Cunnie, who helped with getting this in shape, and got it queued for inclusion in homebrew. 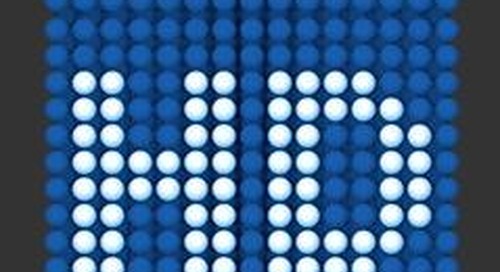 Researchers and organizations that want to dip their toes into sophisticated data analysis, or solve a part...

No Driving on the Shoulder

(it seemed appropriate to have a cheesy marketing image here) Keeping your Boss[es]’ Ideas in the Right Lan...