This week, DZone published their 2014 Cloud Platform Report. This free 36 page report covers many angles, painting an updated picture of cloud adoption and benefits in the enterprise.

One of the revelations in the report highlights that this year, Platform-as-a-Service (PaaS) has increased adoption over Infrastructure-as-a-Service (IaaS). To me, this marks a turning point and signals toward the pent up demand for a developer’s renaissance—where application advances will flourish and innovation will snowball.

The report surfaces some additional insight as to why this movement is getting such traction. In the report, our own James Watters suggests to understand why PaaS is so attractive, it makes sense to look at IaaS first.

Editor’s Note: Although we had no influence on the report results, Pivotal is a sponsor of this report and contributed an analysis section for the report, which our head of the Cloud Foundry product group and industry advocate, James Watters penned.

Fundamentally, IaaS represented the next logical step for virtualization. It allowed operations teams to construct, scale and tear down environments quickly. Especially if layered with a self-service portal, IaaS provided a level of flexibility and time savings that were flat out compelling. VMware’s own IT department proved this resulted in amazing gains in an eating-your-own-dogfood project where they provided true self-service IaaS to internal developers and realized a 90% improvement in provisioning time and a 30% reduction in costs.

This offered lots of time savers for dev-ops types of tasks. As Watters explained, “Not only could I segment a single physical machine into multiple virtual machines, but I could also create/delete VMs as well as use DNS, load balancing, and storage via an API.” Essentially, IaaS users could stand up the individual components of an app easily and string it together through an API, but they were still standing up each piece separately and tying it together explicitly. This injects a lot of dependencies into the process, possibly constraining the app to one type of cloud infrastructure and making it unnecessarily brittle in the process.

Certainly, the concept of PaaS is not new. However, it also isn’t easy. To really work, your PaaS needs to be completely open and flexible. To gain users, they must retain choice for everything from where to deploy (what cloud, including on-premise or public) and what technologies they use to build their applicaitons.

First forays into this area were simply not that open. Google App Engine required you to develop in Python only. Heroku required Ruby. In order to get the benefits, developers were locked into custom APIs and restricted technologies. Since then, options have expanded greatly for all of these services, however in many cases, you are still waiting for the service provider to add support for the next most popular technology.

Learning from these limitations to adoption, a second generation of PaaS is emerging. As Watters describes, this new class of PaaS enables “developers to deploy applications across multiple IaaS providers, both public (e.g. AWS, GCE) and private (e.g. OpenStack, vSphere), while retaining a consistent model of interaction with the platform”. With openness and choice being increasingly addressed, developers have significantly less objections to present-day PaaS solutions.

However, I submit that what is truly accelerating PaaS adoption now is not simplifying what developers and operations teams were already doing—its because it is simplifying what they aren’t doing yet. The catalyst is embracing big data. Data is hard. Its bulky. Its complex. Its a skill set not enough people have, and therefore, its a constant headache to administrate.

But it is invaluable to the future of every industry.

This second generation is rocketing off now because it not only simplifies the operations overhead dev ops teams already do, but it places the next big opportunity in application development firmly in reach of any developer. And for many organizations, this is the biggest win of all. 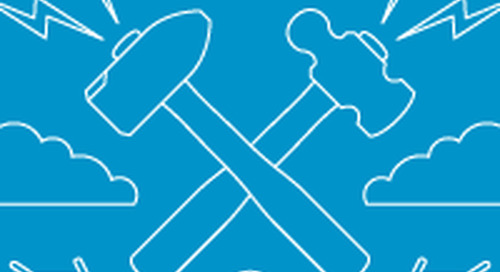 The following is a guest post by Kelly Lanspa from the CloudForge product team. CloudForge from CollabNet i... 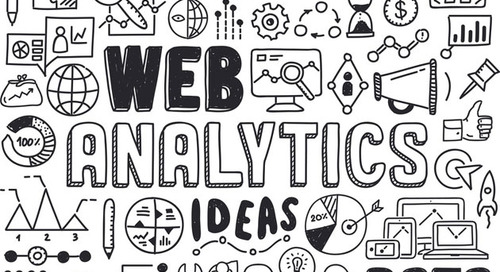 How to use Analytics.js to fix your analytics code and achieve metrics nirvana

There are so many great analytics tools out there that it’s often hard to know what to use. What’s more, e...