Coming out of the v1alpha1 release in March, community feedback and retrospectives led us to identify several key areas to improve in this new release as we work to refine the project’s scope and objectives:

To improve several of these areas, we split the API into three functional groups:

As for Kubeadm bootstrapping, it has been generalized and now lives as a standalone component that can be reused for creating clusters in AWS, Microsoft Azure, Google Cloud Platform (GCP), VMware vSphere, and other providers.

To help wrap all this up into a better first-run experience, we added a new Quick Start guide that gets you from zero to a running cluster. And this new video by Boskey Savla demonstrates how to use Cluster API to fire up a new cluster.

In addition, we’re excited to see the Cluster API community expand beyond service providers to include end users who are building their own Kubernetes services using the project.

The Rise of the Management Cluster

With the release of v1alpha2, management clusters now have a more important role in Cluster API. They become the preferred way to manage target Kubernetes clusters across multiple cloud providers or bare metal. (This diagram in the Quick Start guide shows how Cluster API components live in a management cluster and provides an overview of the custom resources.)

The current plan is that in a future release, a redesigned command-line tool would unify the user experience and lifecycle management across Cluster API-based providers and their associated components.

The areas of improvements that we identified after v1alpha1 led to new proposals focusing on Machines and Clusters. For the newly released v1alpha2, the API comprises four Custom Resource Definitions, or CRDs: Cluster, Machine, MachineSet, and MachineDeployment.

In the following paragraphs, we’ll go through a simple example taken from the Quick Start guide and highlight some details about the new API.

To create or manage a Cluster, we have two objects: one from Cluster API Core and one from the AWS provider. As shown in the figure below, these objects are linked with an Object Reference. The reference instructs the controller manager to use an infrastructure provider to create some required resources. By having a reference to AWSCluster, we can perform validation of fields like region and sshKeyName, a long-awaited feature from v1alpha1. 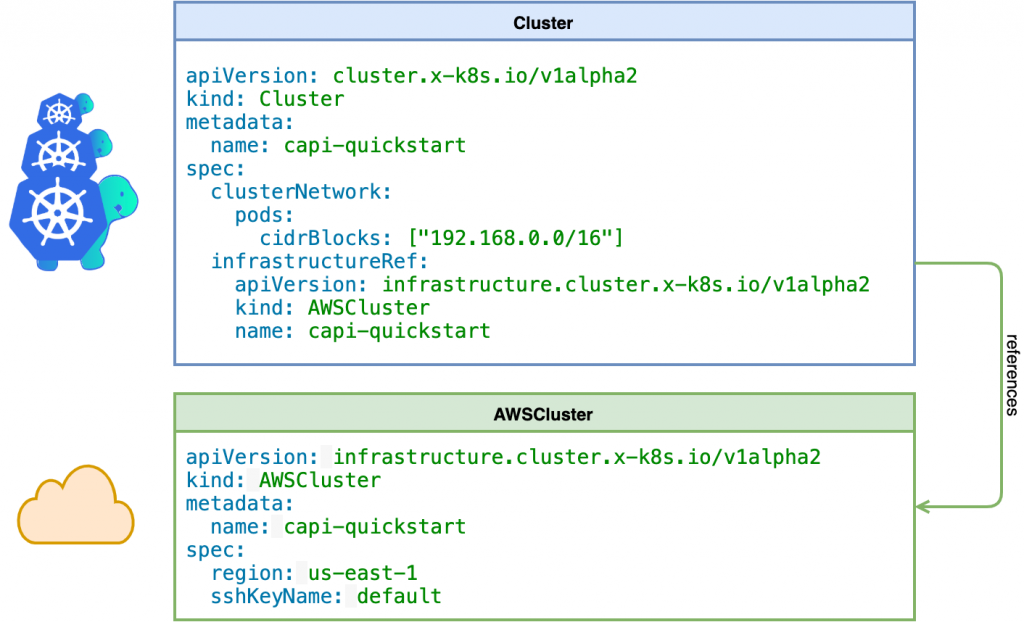 Compared with a Cluster, a Machine object is a little more complicated. As mentioned earlier, we separated the bootstrap and infrastructure configurations into different groups.

The figure below shows how a Machine is now defined and the relationship of the objects. 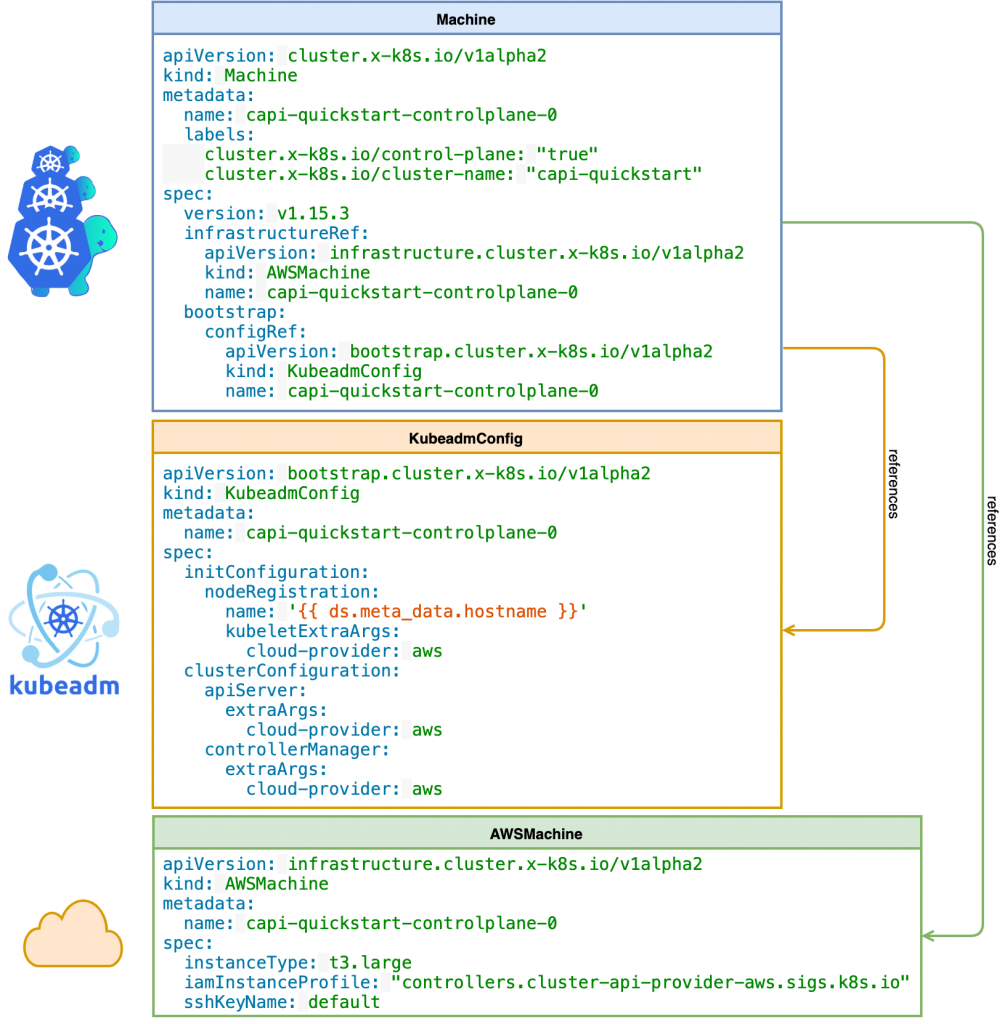 The Machine object, which is from Cluster API Core, includes several fields:

The AWSMachine object has all the AWS-related fields one would expect an EC2 instance to have. In the example above, we set instanceType, iamInstanceProfile, and sshKeyName. The KubeadmConfig instead refers to the configuration to pass the Kubeadm Bootstrap Provider to initialize a control plane and cluster (from the example above), or join a new control plane or worker node. In the example you might notice that there is some repetition to set Kubernetes cloud providers and a workaround in nodeRegistration to use cloud-init’s substitutions from instance data to set the Kubernetes node name.

During the next release cycle, we're planning to discuss how to improve the user experience further.

The community recently had the first Cluster API face- to-face meeting in San Francisco. The meeting helped folks to align on what’s next, gather new user stories, and have great discussions around process and product.

We identified a few high-level objectives we could be working on for v1alpha3, like control plane management, cluster upgrades, support for cloud auto-scaling groups, user experience, documentation, and so on. In the coming weeks, these objectives are expected to turn into Cluster API Enhancement Proposals (CAEPs) or issues for community review. Stay tuned or, better still, join us. 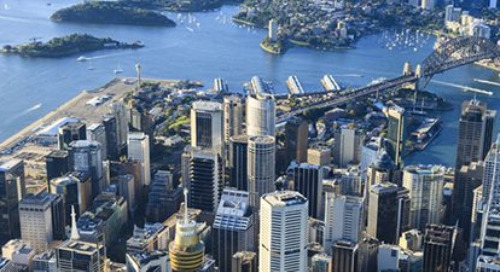 Getting Started with Kubernetes and its Ecosystem

For this blog, I will focus on the key concepts and components that you should understand to get started wi... 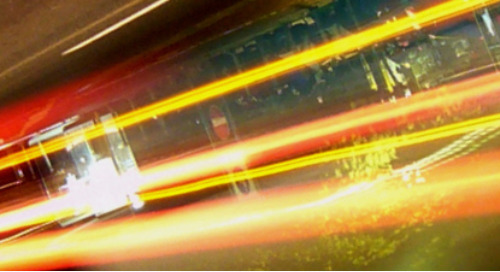 Pattern Recognition: How Cluster API Reveals the Core of Kubernetes

By understanding one of the key developments in Kubernetes lifecycle management, Cluster API, you will be w...