According to McKinsey, India is moving from 120 million online users in 2013 to 330 million users in 2015. With the growth, India’s e-ticketing demand for rail travel has increased exponentially—from just a few hundred tickets to 500 thousand tickets per day.

According to Goel, design limitations prevented the old system from scaling, and, in 2013, the Ministry of Railways decided to re-architect and implement a new system. There were several key requirements from a growth, scale, and business agility perspective. Beyond the increase in internet users, a key goal of the e-ticketing system was to reduce reliance on offline ticket counters and transactions, and this added to the volume of transaction support needed. Two, national holidays like Diwali create massive spikes in use or cause unexpected changes to peak load times, and the system needed to be able to accommodate these spikes flexibly. Three, the system needed to operate with business agility as expected from a modern web and mobile-based application, expanding on a true, scale-out data store.

Growing over time, the environment initially needed to support the types of traffic seen by very large, consumer internet websites and e-commerce stores with:

After evaluating a variety of options, CRIS IT leaders chose Pivotal GemFire 8, part of Pivotal Big Data Suite. GemFire’s distributed, in-memory, shared-nothing architecture manages CRIS application data across many nodes—load balancing, high availability, and scale-out capabilities are built in. Response to application workloads are extremely fast because data is not only served from memory, additional throughput can be achieved by adding more nodes. In addition, the data store can be stand-alone or, as in this case, sit as a front-end cache, reading and writing to back-end systems independently of high-volume application queries.

The Results with Pivotal GemFire

With Pivotal GemFire in place, the following performance improvements were attained:

In summary of what was accomplished, Goel shared, “Our next-generation e-ticketing system faces the same scale issues as the largest e-commerce sites in the world, and Pivotal GemFire allows us to support this type of highly concurrent environment, maintain high availability, and increase capacity over time. In our evaluation, we saw nothing that could give us this type of performance except GemFire.”

With a country-wide responsibility for making e-ticketing work for its citizens, India Rail relies on Pivotal GemFire to help them address the future as internet users increase, new applications connect, and functionality expands to support consumers. 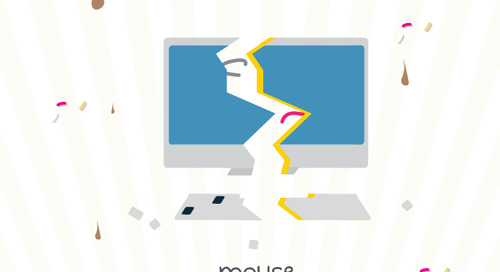 Pair Design Rule #5: So Humility, Such Enlightened, Much Wrong

Co-authored by Pam Dineva and Kim Dowd. Part of pairing is oversharing. To characterize, we externalize. An...

Abstract How much RAM, Disk, and CPU are needed for a Cloud Foundry deployment? We believe you need this mu...