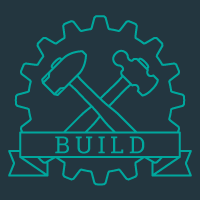 Technology never slows down, and that is certainly the case since we published the last Build Newsletter. In this month’s issue, we update you on big releases in the open source space—including open sourcing over a million lines of Pivotal GemFire® code in Project Geode. We also see evidence that mobile and IoT are connecting in many ways and running on the same back end platforms while the front-ends are experiencing increasingly faster innovation cycles. Lastly, we have a roundup of several excellent perspectives on Agile and DevOps, from CIO to developer.

As an open source driven company, there has been a tremendous build-up of excitement regarding ApacheCon, and we are eager to learn and share. Both Pivotal and Cloud Foundry are sponsoring many things, and there are 12 ApacheCon events where you can catch us.

As mentioned, we announced the open sourcing of GemFire as Project Geode, and the buzz has been widespread. For example, CMSWire’s Virginia Backaitis described the gravity of the news with a pithy quote saying,“Call it a sign of the times, an awakening, a pivot or proof that EMC’s giant Federation can be agile. But today’s move is nothing less than smart business.”

Of course, there will be a lot of exciting presentations on Spark as well, and we’re happy to talk with you about how Spark runs on Pivotal HD.

Since its announcement 6 weeks ago, the Open Data Platform (ODP) has been gathering fans and a few opponents. We find it interesting that a recent Cloudera investment and strategic partner just published a blog with the exact problem that the Open Data Platform is trying to solve. Does anyone really want to test over 150 versions of Hadoop and Linux distributions? CMSWire certainly had an interesting perspective.

Regardless, the ODP initiative is moving along quickly, with Pivotal, IBM and Hortonworks all announcing their Hadoop distributions are now harmonized on an ODP core of Apache Hadoop®.

Into Apple Siri or Google’s voice recognition? Get Sirius on GitHub—the open source, speech and vision based, intelligent personal assistant.

Lastly, industry commentator Matt Asay takes a sharp look at how open source momentum could be devoured by the gravity of the cloud era it powers now.

Our colleague Matt Stine recently explained more about Lattice and Spring Cloud—Lattice packages a subset of Cloud Foundry components to provide a single-tenant environment for development. It also clusters containers and supports microservices. There are two new getting started guides: Spring Boot with Docker and Spring Cloud + Lattice. Check out Matt’s book on cloud native application architectures and innovation too.

Also, a bunch of Spring Projects had recent releases. Notably, Spring Data release train Fowler improves Java 8 streams, MongoDB, Redis, GemFire, Spring Data REST, Solr, and more. Also, check out how Spring Cloud is built for platforms like Cloud Foundry and what Spring Cloud Netflix is doing—taking some of their 50+ projects and integrating them into the Spring Framework.

Facebook launched a Messenger-centric set of APIs and a development platform at F8 and released a number of mobile-oriented open source projects and a view framework for iOS.

Some big Cloud Foundry events are coming up. First, NASA and IBM are sponsoring a pretty cool and geeky code-a-thon from April 10-12 for developers on IBM Bluemix, where participants will build apps on Cloud Foundry for space exploration and more. Then the Cloud Foundry Summit is happening again in Santa Clara on May 11-12, and Pivotal has announced 10 Pivotal Cloud Foundry customers that will be speaking at the event.

App mashups of a different flavor now exist with TVs/monitors, wearables, and IoT devices are being integrated in various ways. The API back ends are often shared because companies want all the data in one place for analysis, and many use cases connect IoT to the mobile phone. There is clear overlap with 53% of mobile developers already working on an IoT project.

We are just getting going in some of these areas, like marketing through IoT. Apple just opened up watch app submissions and already have over 1000 apps—note, the wearable must have an iPhone paired to run third party apps. To outflank Meerkat, Ustream announced APIs for their platform, allowing others to create apps that stream live video from mobile devices. Fujitsu announced tiny, flexible, solar-powered beacons that signal with Bluetooth low energy—these can basically turn anything into an IoT object that communicates information to mobile apps.

Marketers are also responsible for digital signage, and these display monitors can be actual Chrome OS computers or attach to Android through the Open Pluggable Spec. Signage software companies like Enplug are offering digital signage SDKs to develop for their app marketplace—for example, their WaitList.me app allows customers to add themselves to the wait list through their mobile phone and receive notifications back. It also recognizes loyal customers.

Sencha is combining their desktop, mobile, and tablet frameworks to help developers use one code base, and the use native, use HTML5, use both debate continues. We published a good, developer-centric piece on continuous delivery of mobile services. And, it’s not just developers talking IoT and mobile either, even CIOs are talking about APIs for mobile and IoT on the data lake.

It ends up that the hardest part of agile and devops might be the human part—even the U.S. government seems to know that waterfalls are insane. At Pivotal, we believe strongly in lean, agile, and devops—using them across mobile, PaaS, IoT, cloud, big data, and data science. This past month, a slew of perspectives were published on these interrelated topics, ultimately pointing to a culture change in IT.

Coming from VMware, we agree with InfoWorld—that PaaS will cause as much of a culture change in IT as virtualization did. Others are saying that mobile development drives devops adoption—that makes sense. Even, business intelligence groups see agile needs and challenges. There is also the fact that IoT embeds software into traditional products and services, putting pressure on IT and LOB technologists to change the way they build and manage apps. Then there is the competitive advantage argument, where agile infrastructure helps companies compete and win.

From more of an HR perspective, devops is an ideology and culture of collaboration where silos are removed and everyone involved looks at the big picture. There is also a strategic, technical view—that devops reduces waste and requires a new type of organization and leadership, even requiring courageous communicators. Another view is that CIOs can use devops to break down traditional silos. Lastly, very recent research is saying that agile is becoming the de facto standard.

Pivotal Data Roadshow is traveling cities across the US this month, packing the house in each city. Read more about how the roadshow is going, or better yet register for one of these free events and see for yourself!

Editor’s Note: Apache, Apache Hadoop, and Hadoop are either registered trademarks or trademarks of the Apache Software Foundation in the United States and/or other countries.

At this year’s RailsConf I am going to be teaching the workshop: Get started with Component-Based Rails app... 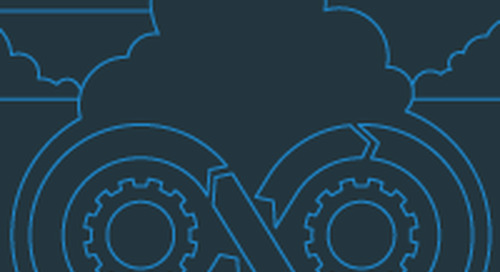 How To Write About PaaS and DevOps Without Once Typing “PaaS”

Many of us here at Pivotal have been eagerly contributing to the ongoing conversations around DevOps. What’...