Breakdown Your Work in RubyMine with Tasks

In RubyMine, you can create tasks to breakdown and structure your work. A task can be a simple local task, or it can correspond to a feature, bug, or chore, in an issue-tracking system. Each task in RubyMine includes the current state of the editor, allowing you to switch between tasks and resume exactly where you left off. In this post, we’ll explore RubyMine’s tasks on OS X.

Press alt/option + shift + N to open the task dialog. Enter the task’s name, then press Enter to create the task.

By default, RubyMine will clear your current context and create a new changelist.

A context is a set of opened files. Each task has an associated context. When you switch tasks, its context is automatically loaded.

To switch between tasks, use alt/option + shift + T. 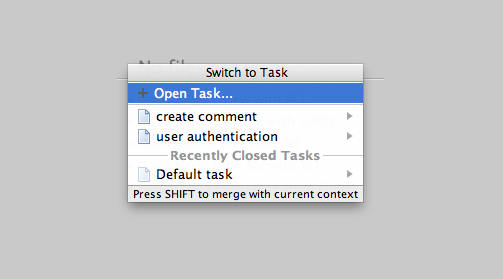 A changelist is a set of related source code changes. Each task has an associated changelist.

Changelists allow you to isolate each task’s changes. Use command + K to commit the current task’s changelist. RubyMine will now consider the task closed, and ask if you want to delete its changelist.

Instead of manually creating tasks, you can configure RubyMine to load tasks from Pivotal Tracker.

Pivotal Tracker stories will now appear in the task dialog. 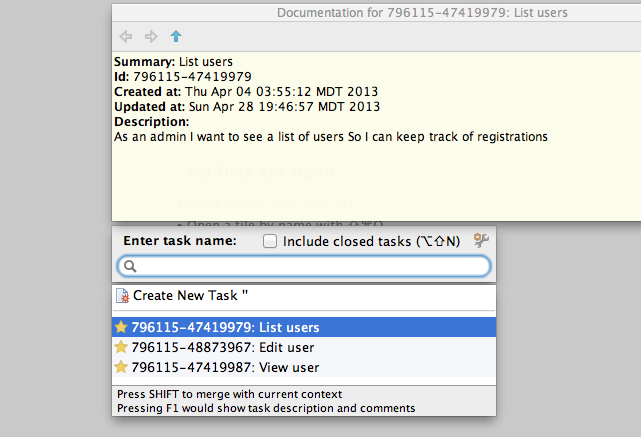 Creating a new task from a Pivotal Tracker story allows you to update the story as in-progress. However, it won’t set you as the owner of the story. Also, closing the task won’t finish the story.

RubyMine’s tasks are well-suited for serial development. But if you constantly switch contexts, like most developers, they fall short, because switching tasks brings along committed work. If each task consists of a single commit, then this isn’t a problem. However, I prefer to commit frequently; resulting in many small, granular commits. So, in my opinion, using a distributed version control system, e.g., Git, and a branch-per-feature workflow, is a better development strategy than RubyMine’s tasks. Branches keep your work isolated from the main line of development, and it’s still possible to cleanly switch contexts.

Less is more in Capybara 2.1

One of my favorite changes in Capybara 2.1 is ignoring all hidden elements by default. This could be viewed... 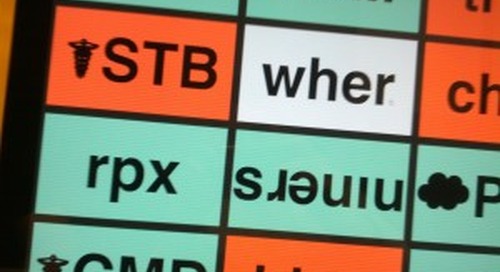 Lessons from the Beach

Here are Pivotal we call our time between billable projects “the beach.” We spend most of this time working...