A Look to the Future: Day 4 at SpringOne Platform 2017

Every great future needs a vision and on the last day of SpringOne Platform 2017, we were treated to just that. It started with James Governor, Principal Analyst and Co-Founder at RedMonk, addressing attendees about how developer innovation and software experiences need to come from a place of convenience and empathy, otherwise we risk creating cranky robots.

Then Mark Ardito, Divisional VP of Digital Delivery at Health Care Service Corporation (HCSC), spoke about how to infuse a large organization with a startup mentality.

Richard Watson (VP at Gartner) hosted a customer panel with Sheetal Pole of The Home Depot, Greg Otto of Comcast, and Rick Clark of Mastercard, which included stories about how each of these major enterprises is positioning for the years to come.

Gene Reznik (Senior Managing Director, Accenture) told us how some of the world’s largest organizations are embracing the latest emerging technologies across, and went into detail about what’s ahead for the Accenture Pivotal Business Group (APBG).

To close out the main stage presentations, Eric Brewer, VP of Infrastructure at Google, talked about the movement of the open internet and then announced free Google Cloud credits for Pivotal Cloud Foundry customers (customers: talk to your rep for more info).

Don't forget that some great interviews with customers, partners, and analysts from this year’s conference are being published over at Built to Adapt. Check them out.

Other recaps from Pivots:

Here’s a quick look back at the last day of SpringOne Platform 2017.

Great to be acknowledged as a key contributor to @cloudfoundry from @comcast. @jamesgovernor of @redmonk speaking about how enterprise contribution to #opensource is the norm now. pic.twitter.com/IZz3glgMmA

Best part about speaking on mainstage @s1p is getting your 8-bit headshot!!! #SpringOne pic.twitter.com/cVA2whdzDC

This is why the entire room took pictures of each slide from @RKela @techlogix & @dturanski. Thoughtful practical advice like this. No nonsense, just actionable things you can do to get better at software. #SpringOne pic.twitter.com/fxpEt3CJSA

Need to be pairing with your compliance group to mitigate risk/Cee Cee O’Connor of @bostonsci on doing #agile in highly regulated industries at #SpringOne pic.twitter.com/AbkHN6TgU6

"In an organization, not everyone knows everything... this is why Pivotal does event storming.”
- @RKela, with @dturanski & @techlogix #SpringOne pic.twitter.com/bgRsHI6jjX

While this year’s conference may be over, we have good news for those who want to come back or for those who missed out and want in on the fun: We’ll be back in less than a year—SpringOne Platform 2018 will be held September 24-27 in Washington, DC. Save the date! 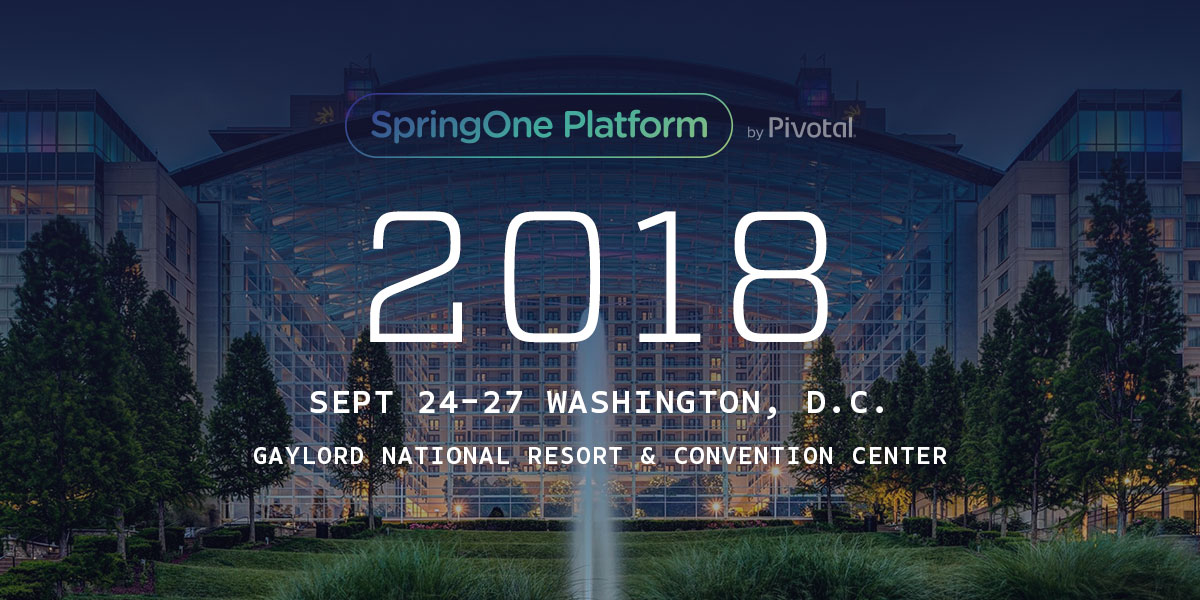 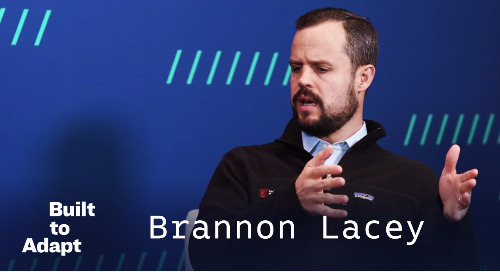 Learn why Pivotal + Rackspace is a match made in heaven for large enterprises.https://medium.com/media/9c8b... 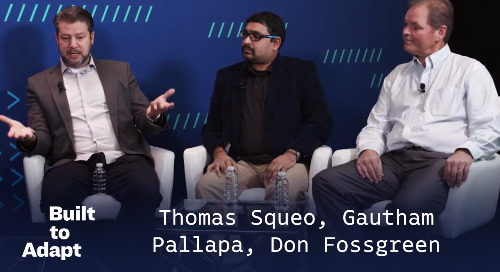 From SpringOne Platform, learn how West Corp is transforming itself.https://medium.com/media/61d716f1d4a5bf...