What We Learned at Pivotal Greenplum

While most enterprises are pretty conservative, more and more of them are encouraging teams to adopt Agile development and extreme programming methodologies in order to spur innovation.

That’s because they understand the importance of treating software as a product (not a project) to continuously improve the customer experience and deliver new, often game-changing services. It’s a message we at Pivotal have been preaching since our inception just over three years ago.

As anyone who has worked with us knows, we practice what we preach–and teach — around Agile. But even for Pivotal, a company which brought together platform, microservices, big data and Agile domain experts, teams had to adapt and learn along the way.

Over the past couple years, the Pivotal Greenplum engineering group has steadily transitioned from a more traditional software development approach to Agile practices that stress shipping code early and often. The goal has been the same for us as it is for our customers — to increase the speed of innovation and get valuable new Greenplum features into the hands of users significantly faster than previously possible.

Agile is still, for many enterprise software vendors, a fairly significant departure from the way they develop and ship product. Enterprise software products typically get updated with new features once or twice a year. That means users wait months — sometimes a year or more — for valuable new features. In contrast, with Agile and extreme programming methodologies in place, the Pivotal Greenplum team releases new features, on average, once every 25 days.

That’s close to 15 software releases per year compared to one or two for more conventional release cycles.

The result is ongoing, steady improvements in functionality that enable Pivotal Greenplum customers themselves to innovate faster than their competition.

The Greenplum team learned from the best: our colleagues in Pivotal Labs. Before it became part of Pivotal in 2013, Labs played a central role in pioneering Agile development and extreme programming practices over the last twenty years, working with some of the world’s most disruptive software titans along the way. Since then, Labs has worked with hundreds of large enterprises, not just building applications using Agile methodology, but teaching enterprise developers how to implement Agile development practices on their own.

I spent some time last week chatting with Ivan Novick, a Pivotal Greenplum product manager with close to 15 years of experience in the enterprise software industry — as both as a provider and customer — about the impact of Agile on his team. I thought sharing some of his best practices could help others who are thinking about how they can apply Agile methodology in their enterprises. The full video of our conversation is embedded at the end of the post, but here are the key principles behind the successful adoption of Agile at Pivotal Greenplum.

That last point is really important.

Agile development and extreme programming methodology enable developers to ship code early and often, but you should never lose sight sight of the people consuming the code and their needs.

Speed for speed’s sake isn’t the goal here. The goal is velocity — or developing a steady drumbeat of feature releases that help users do their jobs better, faster, and more efficiently. If that is the end result, you know you’re getting the hang of it.

Of course, every software group is different and there is no one-size-fits-all approach to Agile development. But hopefully Ivan’s insights on how the process is playing out at Pivotal Greenplum gives you some ideas to consider as your own enterprise make the transition.

What’s Pivotal Cloud Foundry have to do with continuous delivery? Fresh off presenting at a recent Jenkins ... 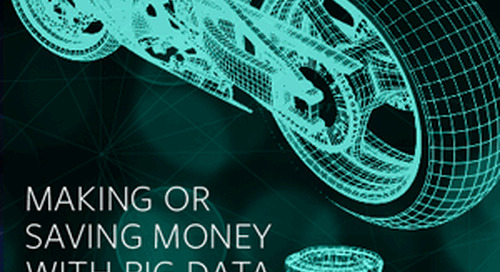 This Month in Data Science: June 2015

Data science’s critical role within a wide range of industries and areas of research was evident during the...