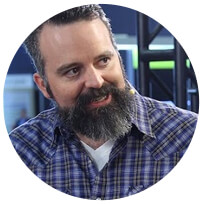 While the exact path to becoming cloud native is unique to each organization, the goal is the same. Namely, organizations delivering valuable features to users in the form of custom-written software thatʼs continually improved through rapid iteration. ITʼs challenge is putting cloud native processes and technologies in place that enable those frequent deployments. and thus, freeing resources to focus on a user-centric approach to software design. These tools are largely drawn from the bucket of technology known as cloud, hence the term cloud native.

Thinking in terms of small batches is one of the key mind shifts required to become a cloud native organization. By “small batches,” I mean identifying the problem to solve, formulating a theory about how to solve it, thinking of a hypothesis that would prove or disprove the theory, doing the smallest amount of application development and deployment needed to test your hypothesis, deploying the new code to production, observing how users interact with your software, and then using those observations to improve your software. The cycle, of course, repeats itself:

In recent years, cloud native organizations have been shaping into something like the structure in the following diagram:

A cloud native organizationʼs goal is to provide its business with an effective, sustainable means of innovating. This is accomplished by using cloud technologies and practices to fully automate the infrastructure layers of the application stack. With a huge chunk of resources and responsibility freed up, product teams can finally attain the focus and release speed needed to apply a small batch approach to development that results in continually improving software. A cloud native IT approach in place enables organizations to meet the innovation needs of the business.